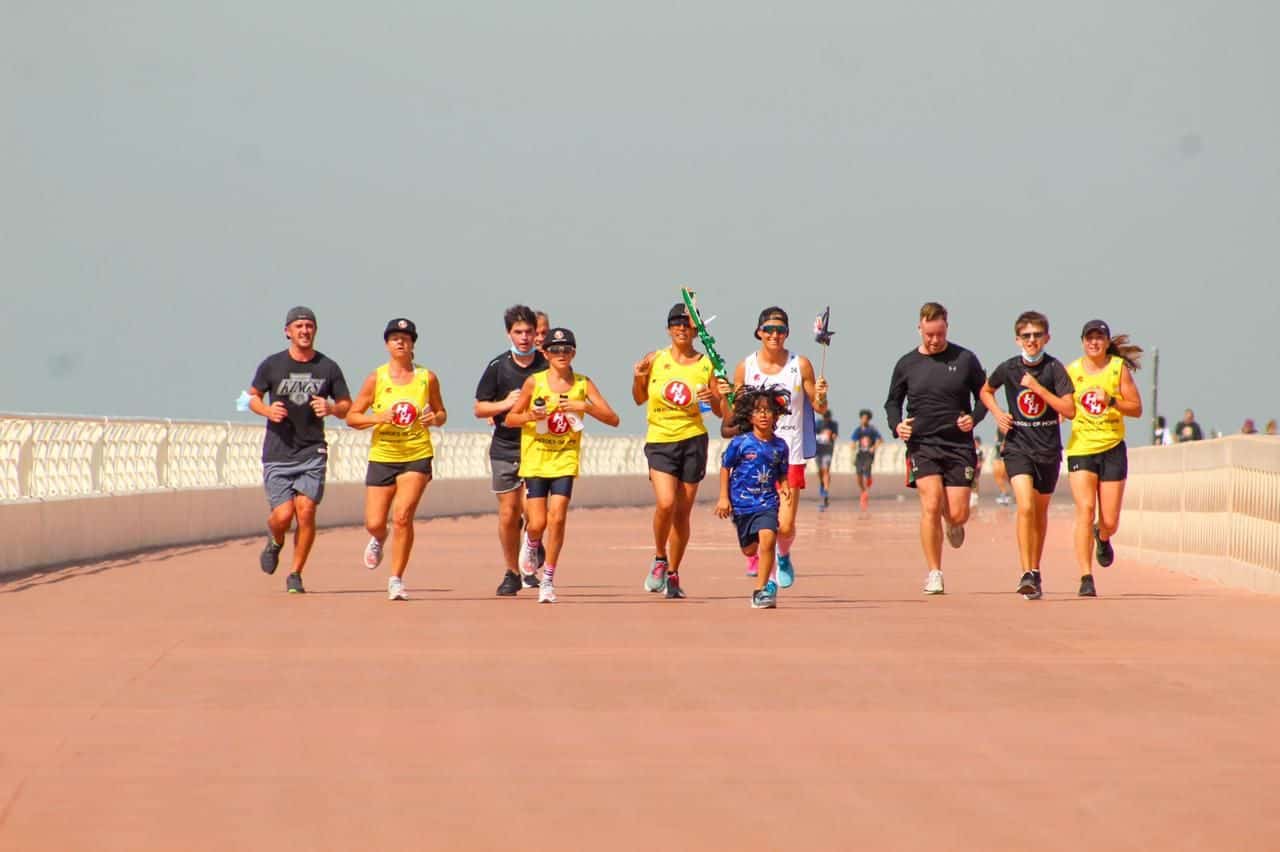 7 Marathons in 7 Days for Children of Determination UAE Dubai

Heroes of Hope Founder Hollie Murphy, took on the mammoth challenge of running 7 marathons in all of the 7 emirates over a period of 7 days. Covering more than 294 kilometers, Hollie Murphy ran to raise awareness and funds for both Al Jalila Foundation and Heroes of Hope.

The challenge commenced in Abu Dhabi to honor the legacy of the 2019 Special Olympics World Games, which is very dear to the heart of Miss Murphy, who was heavily involved in it.

It also commemorated the upcoming Heroes of Hope Abu Dhabi launch. The first marathon was run on Saturday 27 March starting at the Heroes of Hope Abu Dhabi hub – Desert Shield Fitness. It included the sights of Abu Dhabi as the route went out and back along the corniche at sunrise and featured the iconic United Arab Emirates flag, the world renowned Emirates Palace, the Founders Memorial and then ultimately finished back at Desert Shield Fitness.

Heroes of Hope then took their tour on consecutive days through Fujairah, Ras Al Khaimah, Umm Al Quwain, Ajman, and Sharjah in that order before arriving at the Palm Jumeirah in Dubai for the last marathon on Friday 02 April.

The finale was truly special as Dubai resident Hollie Murphy came home to run her final marathon of the week supported by some of her own personal heroes. 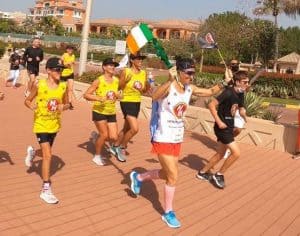 “Our entire team of volunteer coaches believe that our athletes of determination, our “Heroes”, have limitless potential for athletic achievement. Every step I took symbolizes the journey of inclusion in sports for people of determination here in the United Arab Emirates. Heroes of Hope operates with the belief that sports should be accessible for all athletes and no matter how long the road, we will get there step by step. Although I am one of few women to complete this challenge in its entirety, I did it to advance unified sports for all people of determination here in each emirate of this nation.”

Become A Venue of Hope